This bold statement expressed the aspiration of Sustainable Waihī Beach (SWB) to work towards this enviable goal.

The SWB team has been working on their first project – seven water stations where people can refill their reusable water bottles, helping to create a plastic-free community.

Clark officially opened the resort next to Waihī Beach Surf Lifesaving Club as part of the launch event. This station is accessible, designed to be used by people in wheelchairs as well as those without mobility issues.

“Our oceans are under pressure. It is estimated that by 2050 there will be more plastic in our oceans than fish. Sustainability is a journey, so I would like to see as a result of this initiative no plastic bottles littering our beaches. In fact, no litter on our beaches.”

SWB founder Pippa Coomes said she looked at statistics from the Packaging Forum, which allowed her to estimate that permanent residents of Waihī Beach and visitors to the town contribute about 1 million bottles in plastic per year.

“Our forest ecosystems are under enormous pressure. In this country we have a third of its land in its natural habitat, but it is being degraded due to opossums, deer and other species of predators. But without predators, it’s not just wild cats. It’s also about house cats – making sure they’re microchipped, de-sexed and kept indoors at night so our birds – including the dotterel – have a chance.

“The more you look at it through a sustainability lens, the more you see that humans have had a terrible impact on our beach environment. Every little step you take at the community level to be cleaner, better, more sustainable…it all adds up. adds up,” Helen said.

The event was attended by other dignitaries including Rt Hon Dame Silvia Cartwright, a home owner in the seaside town for 30 years, and outgoing Western Bay of Plenty District Mayor Gary Webber. 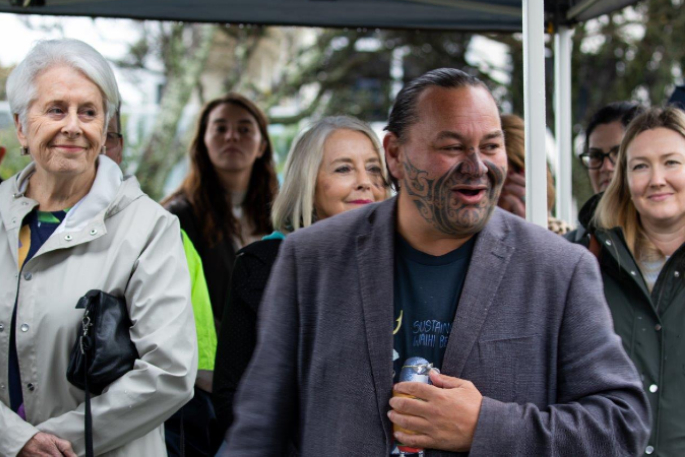 Reon Tuanau, representative of Te Whanau a Tauwhao and MC of the event, said the initiative was really focused on the young people in the room. “This is the next generation that will carry on this kaupapa.”

SWB’s work will focus on four key pillars: community, regenerative tourism, sustainable business and the environment. Reon said the group aspired to make the Bowentown Heads area, at the southern end of Waihī Beach, predator-free. Several other initiatives are in preparation.

“This is largely a community initiative, and we believe the water filling stations are just the start of a movement here to take exceptional care of our environment and the people who benefit from it, no only for this generation but for others to come,” says Hélène.

Water stations were installed at Trig, Brighton Reserve, Coronation Park and Albacore Ave, and at the North End near the Surf Club. Two other units will be installed in the city center next to the information centers and at the community playground of the Waihī Beach school.

To get in touch with SWB or to find out more, visit www.sustainablewaihibeach.co.nz.